the plan was to head straight from tokyo to hakodate. due to unforseen circumstances, we were forced to spend a night in aomori then move to hakodate the next morning. read the story here: hokkaido/july 2014 – preamble.

from aomori 青森 to hakodate 函館, we crossed the tsugaru straits津軽海峡, through the seikan tunnel 青函 on the limited express hakucho白鳥. this should have been a notable experience but the journey was so smooth we couldn’t notice we were boring into and out of the seabed as the train sped into the tunnel (the tunnel lies 100m beneath the seabed and 240m below sea level)

note: by mar 16, there will be a direct shinkansen connection from tokyo to hokkaido, terminating at the shin-hakodate hokuto station (now known as the oshima-ono station). this shinkansen will not stop at hakodate so a local connection will be required.

i can no longer remember why i was so fixated on hakodate. the port city tends to be passed over by most international travellers because it’s too far south. but hakodate is the kind of city you pin for, after you have left. the relaxed vibes, the spacious streets, the fresh produce, succulent seafood and all. here’s an article on all the best eats in hakodate by singapore’s #1 food reviewer.

we made it to the morning market 朝市 and had time enough for other places of interest ie fort goryokaku 五稜郭 and mt hakodate 函館山(night view). if we were more energetic, we could possibly also squeeze in motomachi 元町 (just before going up mt hakodate) and daimon yokocho大門横丁, the food street near the train station, after coming down. but we were tired out by the train journey. to cover onuma park 大沼国定公園 and the bay area, that will need another day so we had to give those a miss. here is an excellent summary of all the attractions in hakodate.

more crabs – of the hairy and flower variety 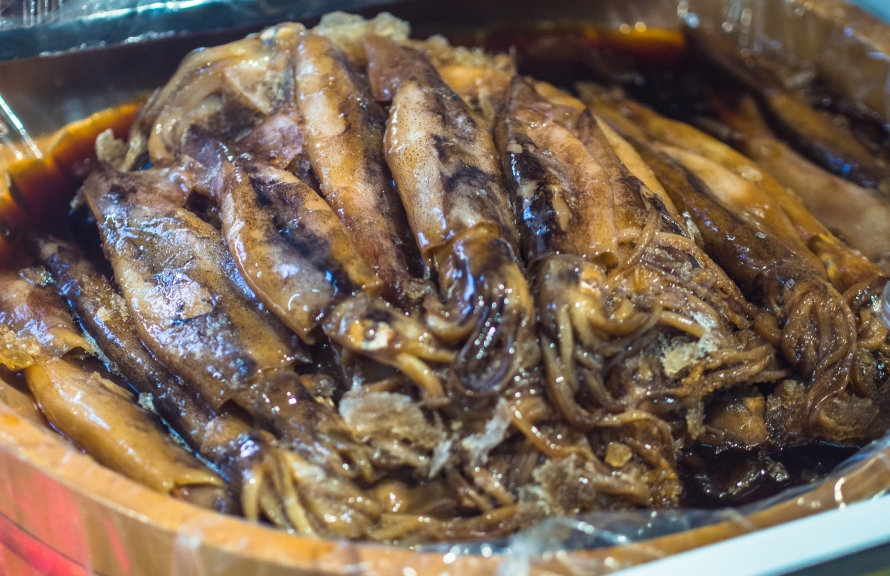 in a city renowned for their seafood, it was hard to find an establishment that had other kinds of protein on their menu. we were lucky to find the one.

fort goryokaku was not just a pretty park. it was an important historical site because a battle fought more than a hundred years ago (and won) at the fort officially brought an end to the tokugawa era and ushered in the golden years that shaped modern japan (meiji era). to properly appreciate the beauty of the star-shape fort, it’s imperative to go up the tower. i balked at paying so am now nursing an unending regret.

for the much fêted night-view from mount hakodate, head up by bus, cable car or by walking (an hour or so) around dusk. the scenery en-route was more picturesque than the view from the top: those european styled houses bathed in the evening golden light was quite a breath-taking sight. unfortunately, the bus turned the corner before i could get ready my camera. up at the summit, the view became partly obscured by a thick cloud cover and a few hundred human heads. 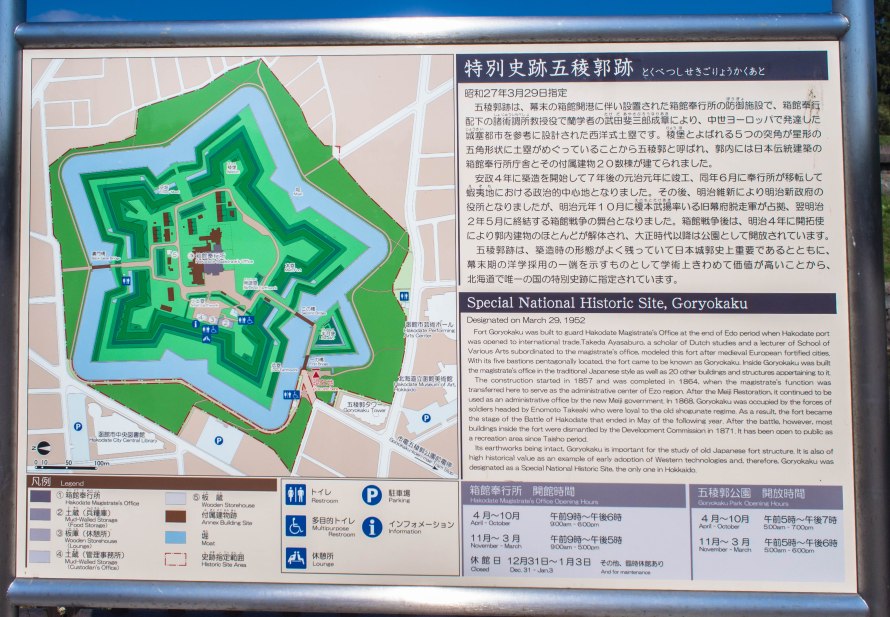 history of the fort

beautiful glass paintings in a cafe near the fort

before the clouds move in

the crowds on top 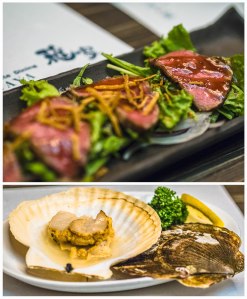 from hakodate, we moved to jozankei onsen/sapporo/otaru, skipping noboribetsu/lake toya/niseko (no time). it would have been much easier if we drove (direct connection via highway); but since we travelled by train, we had to go to new chitose airport to transfer to a bus to get to jozankei (jotetsu bus, 1 hour 40 mins; get the tickets from hokuto kotsu counter). from jozankei, the ryokan provided a free shuttle bus to bring us to sapporo (1 hour 30 mins). 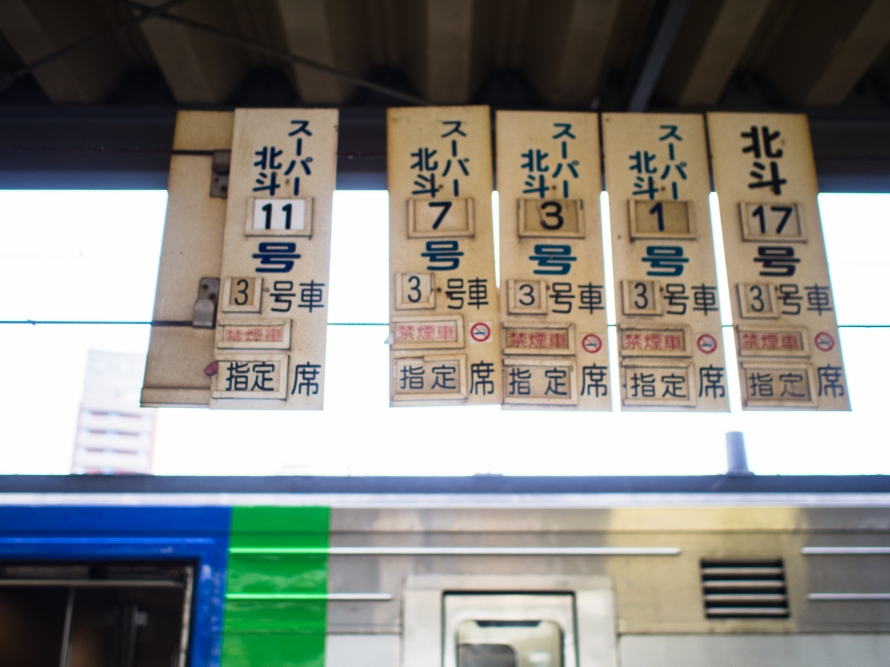 surprisingly, new chitose airport was very very busy. and it was chock-full of facilities to keep everyone engaged: a doraemon sky park, a stuffed toy museum, even an onsen. we could easily spend hours there.

dorayaki – this was what the sister bought

jozankei 定山渓温泉 and  nukumorino-yado furukawa ぬくもりの宿ーふる川where we stayed, was totally worth all that hassle. though the town was small, the ryokan met all the expectations of a traditional hotspring hotel: cosy atmosphere; big tatami rooms, delicious food, impeccable service and beautiful onsen. we even had our own private massage chair in the room. 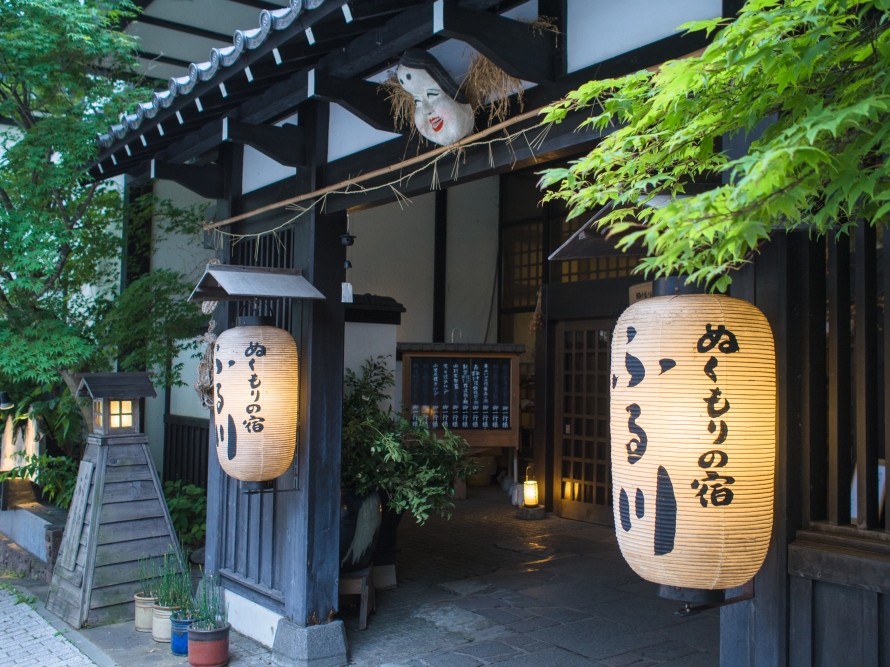 a pot of tea 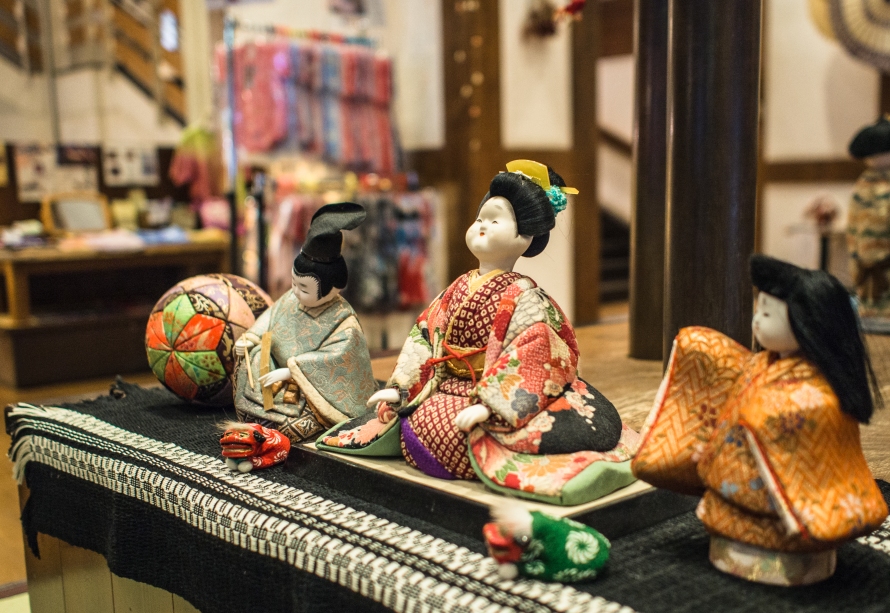 a place for guests to relax

a bowl of soup or a piece of art?

i made many plans for sapporo 札幌 but none materialised. we didn’t go to odori park大通公園, or the ishiya chocolate factory (which produced the shiroi koibito biscuits), or the sapporo beer museum  (it was closed so we went to the sapporo factory instead). we didn’t go to hitsujigaoka observation hill 羊ヶ丘展望台 and we didn’t make it to susukino 薄野 because we all felt it was too troublesome to take the subway just to eat a bowl of ramen (susukino is a red-light distict). afterall, there was enough to occupy us @ sapporo station. guess i would need to go to sapporo again.

we did hang out at a cafe-gallery housed in an old restored warehouse 石の蔵ぎゃらりぃはやし (cafe hayashi), tried the ramen at level 10 esta’s ramen republic, oohed and aahed over the food stalls and desserts in the basement of the sapporo train station, had the uniquely hokkaido soup curry for the first time and experienced minor tremors from an earthquake off the coast while chilling out in a cafe.

first, the mobile phones started beeping: jishin! jishin! (earthquake in japanese). 2-3 seconds later, the cafe started trembling. and then it stopped. no one raised an eyebrow. we went back to sipping our coffee. 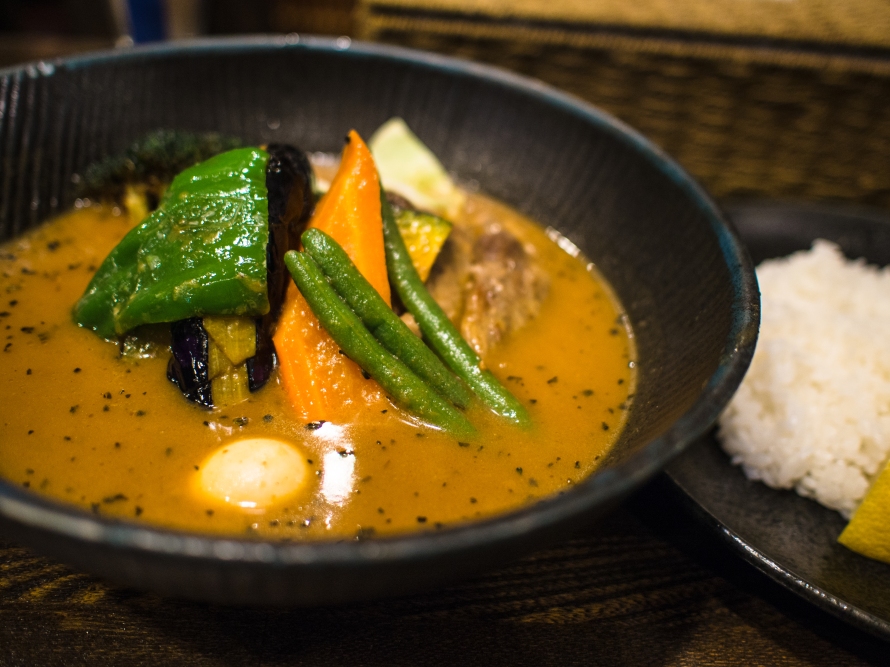 otaru 小樽 was a blue-blood tourist town and did they come by the bus loads. the much photographed canal was quite … normal or did i miss something there? but the old warehouses converted into shops along the main street were lovely to look at. there were lots of pretty glass ornaments inside and even glass making workshops. i was tempted to buy bits and pieces there but i was afraid they’d all be broken by the trip’s end so i stayed my hand.

however, it was the desserts that defined otaru, at least for me. all the major confectioneries in hokkaido were represented and all had something unique and wonderfully delicious to set them apart from the rest. otaru was a bona fide dessert paradise and if i were to crown a queen for this paradise, it would be the letao （レタオ）double fromage cheesecake.

but if i were to be stringent, maybe, just maybe, i would scrap otaru and spend the time elsewhere.

at the cross roads

one of those glass outlets 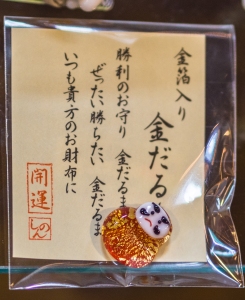 they taste like .. sugar cane. oh yes, you can eat it anyway you want it. steamed, boiled, chilled, cooked, raw. only in japan.

best cheese tart in the world 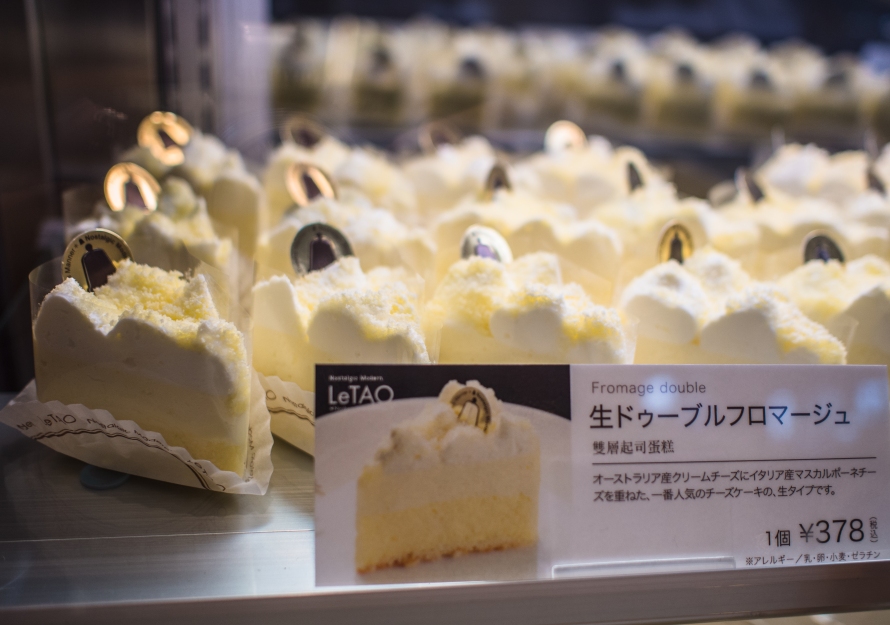 we started from otaru station in the morning, walked along the main street, browsed, shopped, ate, finally heading back to sapporo from minami-otaru station. we almost missed the station because it was so nondescript: an unassuming wooden structure tucked unobtrusively next to a convenience store. but that’s what made it cool.

next: the flower farms and the lake district.