The final 2 days of our cycling trip – and I was kinda wishing it wouldn’t end (temporary madness, that’s all).

We were told day 8 was going to be the easiest ride of all the days. Ruisuei 瑞穗 to Hualien 花蓮 was relatively flat.  The weather was post-rain misty, cooling and totally cyclist-friendly. At Hualien we’d board a train to 蘇澳 and then resume cycling to Luodong 羅東. Sounds easy? 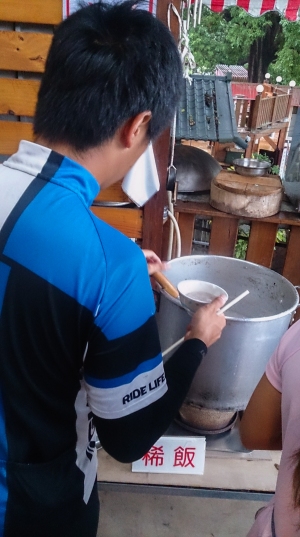 Enroute, we passed by a conservation forest area, 平地森林园区, and 新光兆豐溫泉農場, a resort that’s a farm and a hotspring. But no time for dilly-dallying. We had a train to catch.

Where does this beautiful road lead to 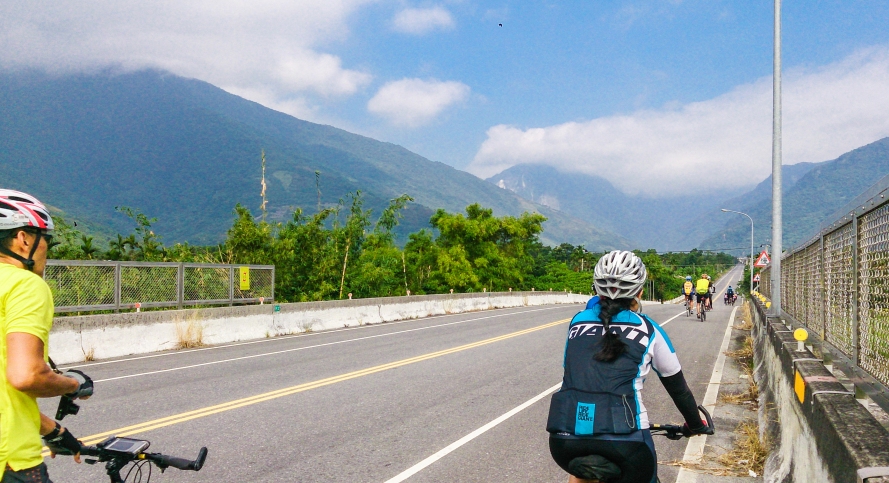 As the sky clears 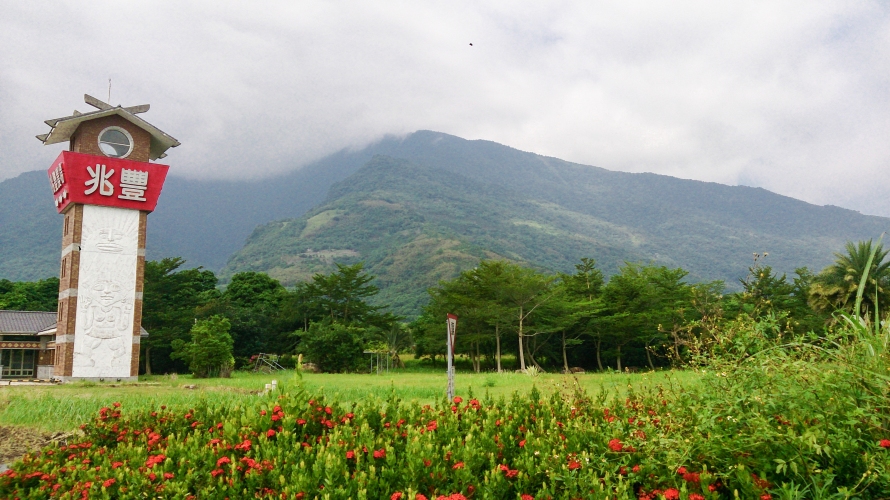 Lunch was a simple bento @ the giant shop near the Hualien train station. Simple but oh-so-good delicious. The charcoal-grilled chicken was delightfully fragrant and succulent. I could eat it everyday. In fact, I much rather prefer it to the 10-course dinners we were served every night.

The giant staff showed us how serious they were about recycling – there were receptacles for us to separately stow the cardboard boxes, plastic cups and food waste etc. Thoroughly impressed.

I could eat this everyday 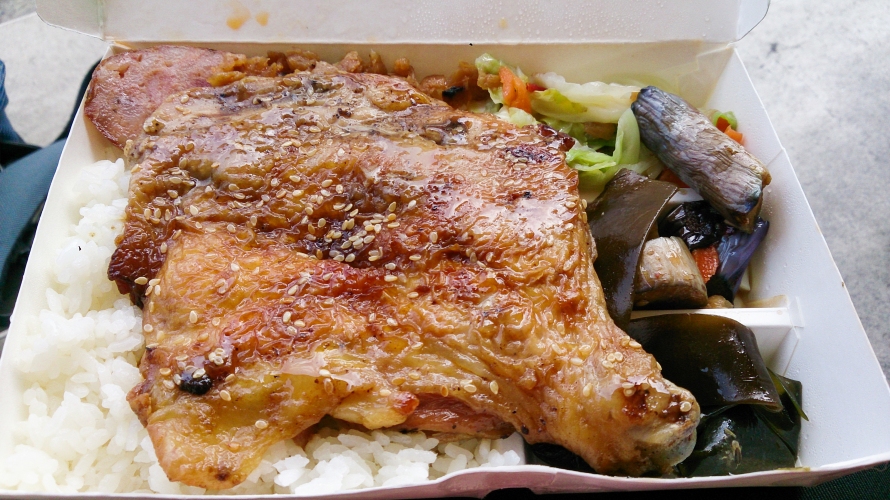 Lunch done, we hauled our bikes onto the train platform and into the train for the hour plus ride to Su Ao 蘇澳. Taking the train with the bikes was quite exciting because I’d never thought we’d be allowed to do that anywhere!

Meanwhile, the 3 vans had already sped off. It’s a race to see who reached Su Ao 蘇澳 first. 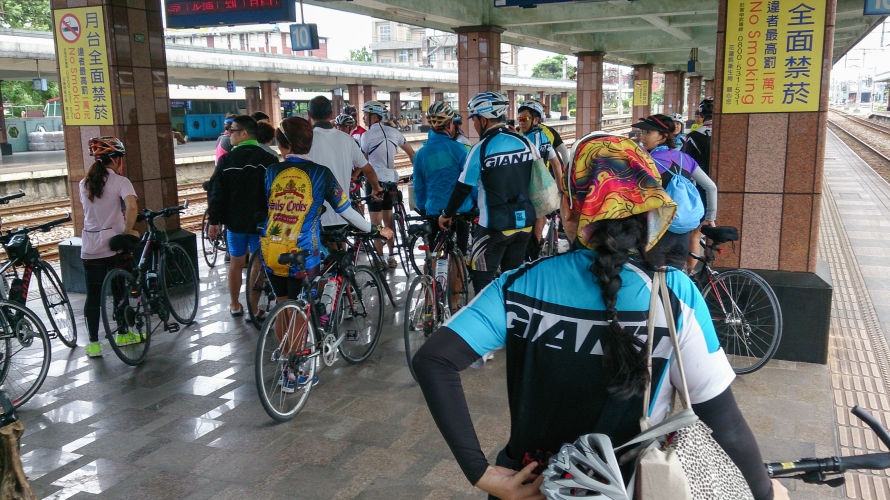 In train with the bikes

The coast from inside train 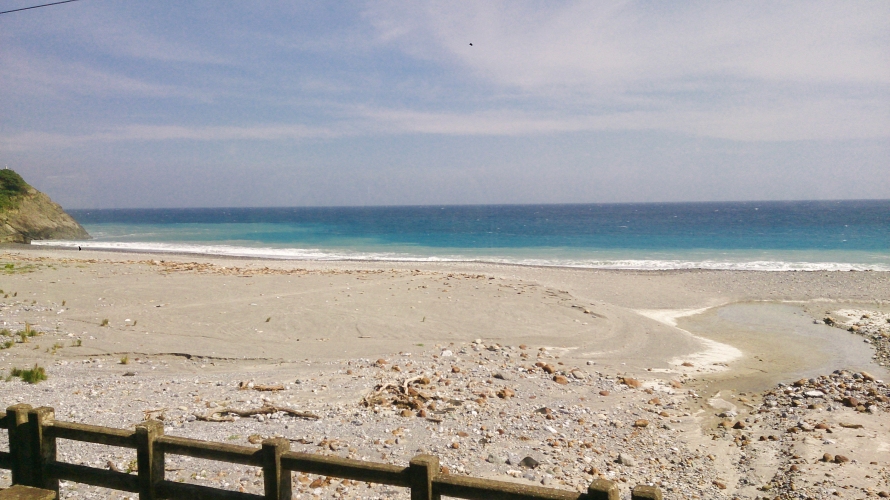 More of the coast

The vans beat us to it – they were already parked outside Su Ao station 蘇澳, patiently waiting – to lead us to Luodong. Luodong 羅東 was a city in Yilan prefecture宜蘭, famed for its vibrant night market 羅東觀光夜市. We went to the night market but it was so crowded and the queues so long that we beat a hasty retreat back to our hotel soon after. 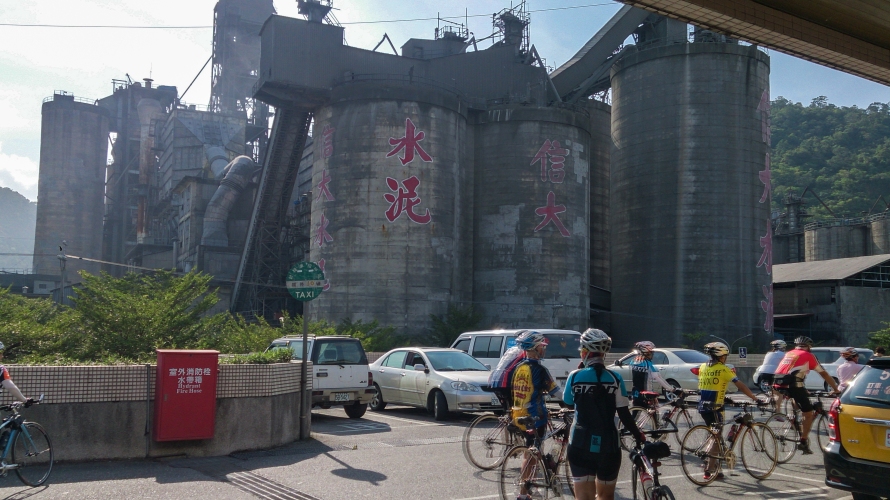 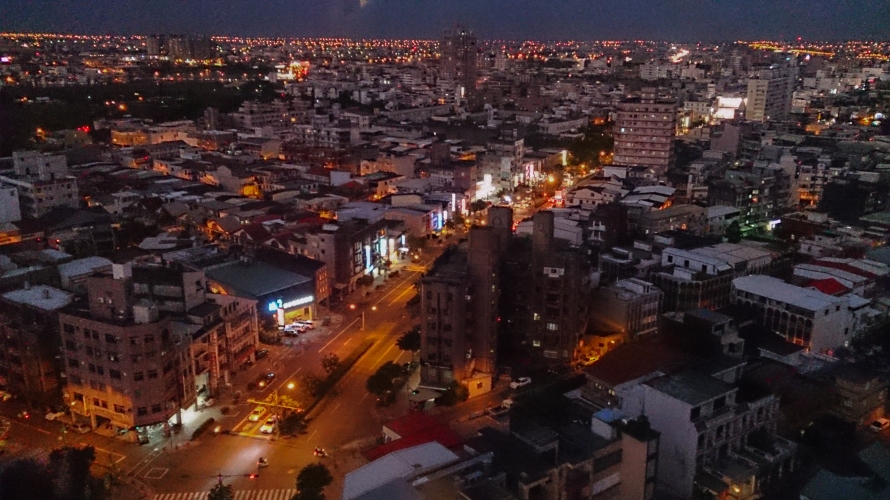 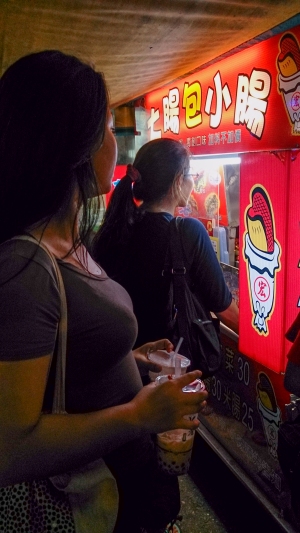 It seemed everyone knew the last day would be toughest – except me. I had happily assumed they’d not save the worst/best for last (that’s for not doing the homework).

As if they had a choice.

We needed to get back to Taipei and if there were 2 hills standing between us and Taipei, climb those hills we must.

So, our itinerary on the last day was:

Getting ready for the big climb

The road up to Shipai 石牌 was not named 九彎十八拐 (lit. 9 bends and 18 turns) for nothing. That 11.5km was hard, the most exhausting ever (for someone used to straight up-and-down slopes). If there had been no one in front of me, I’d definitely have stopped and started pushing my bike. Thank goodness for cycling mates!

The scenery was quite pretty but I didn’t have the energy nor the mood to admire them, then.

From Shipai 石牌 , it was a fingers-and-hands-numbing-brake-holding 20km downhill to lunch point 坪林. We had to constantly remind ourselves that if we got distracted for even 1 second, we’d crash into the bend or worse, string our cycling mates along.

Lunch was at a wooden house set next to the river. Maybe because we were still nursing our cramped, hardened arms (and numbed brain too), I couldn’t remember much about it (what did we eat?). The place was overrun with varsity kids having their orientation camp.

No, didn’t need kids to remind me how old I was getting. My body just did. 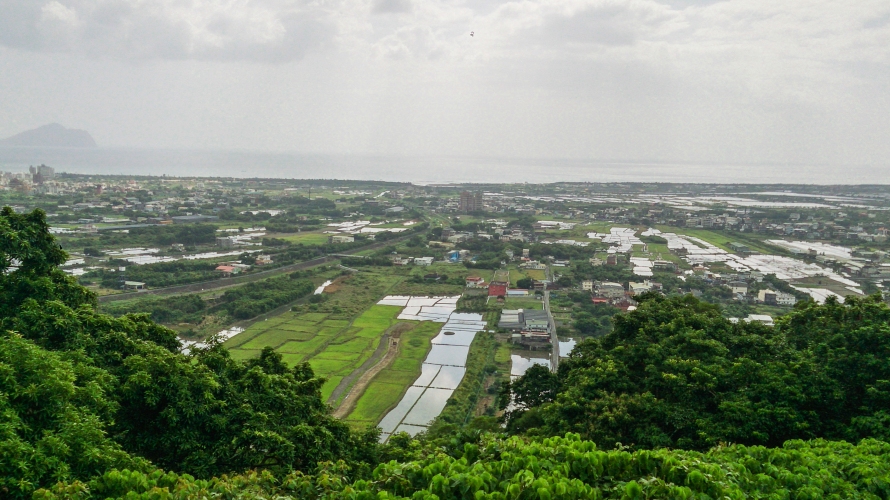 Barely halfway up the hill 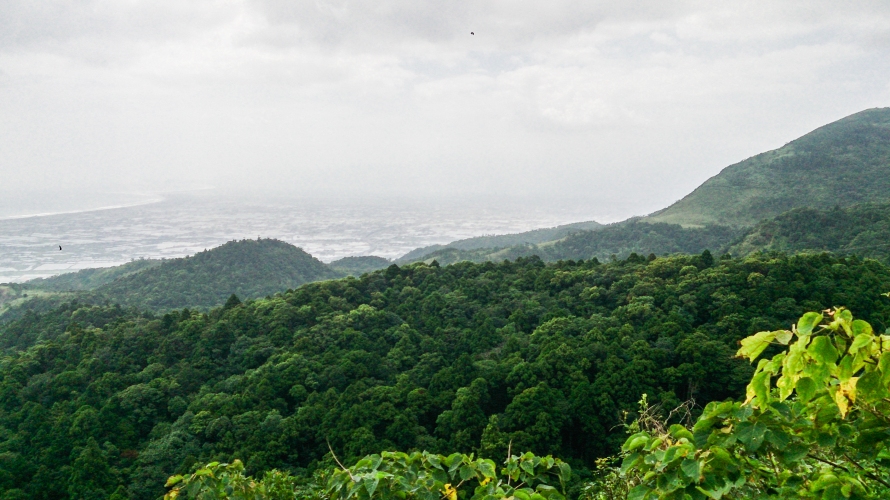 Further up the hills 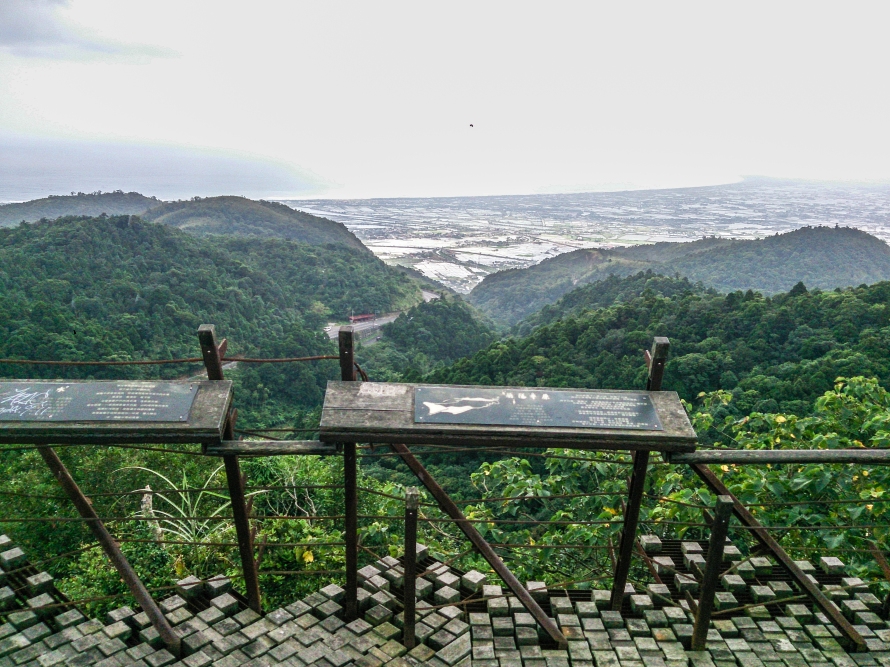 From the top of the hill

Ergetou 二格頭 was nice and warm and had a hip coffee joint 卡拉瓦里咖啡 waiting to revive our spirits with caffeine. We knew the hardest parts were over and we could relax. There was a visible sense of relief hovering about us. Only the final leg was left, the last 14km to Xindian, the place where we first gathered 8 days ago. 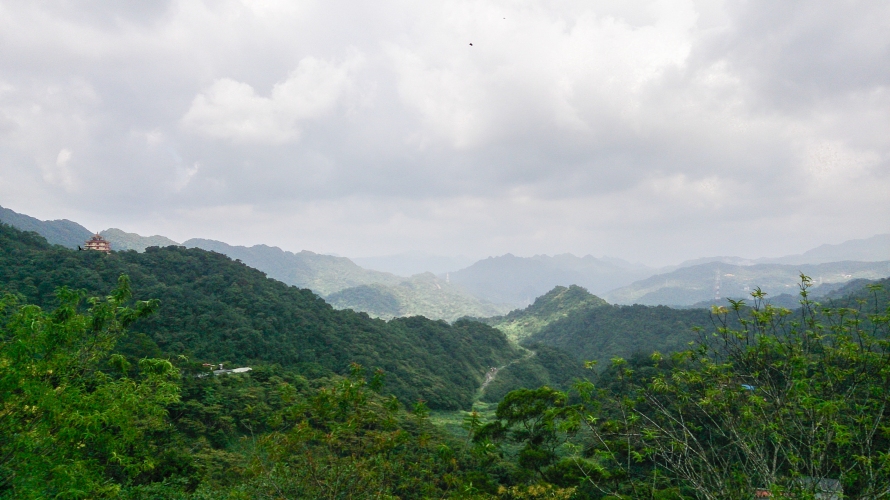 Final thoughts: frankly, cycling round Taiwan island had never been on my bucket list. I was just the drift along guy who happened to have indulgent friends, claimed I liked cycling but didn’t make any time for training. But i’m glad I went . Because the guys at Giant showed me how to properly organise a cycling trip. For that, it was all worth the while.