My dad has a new moniker: ex-chairman.

(Forced to retire by one of his daughters but that’s another story.)

So, the ex-chairman and I were reminiscing about Shima Onsen 四万温泉 (lit. 40,000 onsen). We remembered because it was Hinamatsuri when we arrived (Girl Festival, celebrated on 3 March annually); the ryokan we stayed in had a big room full of the dolls. 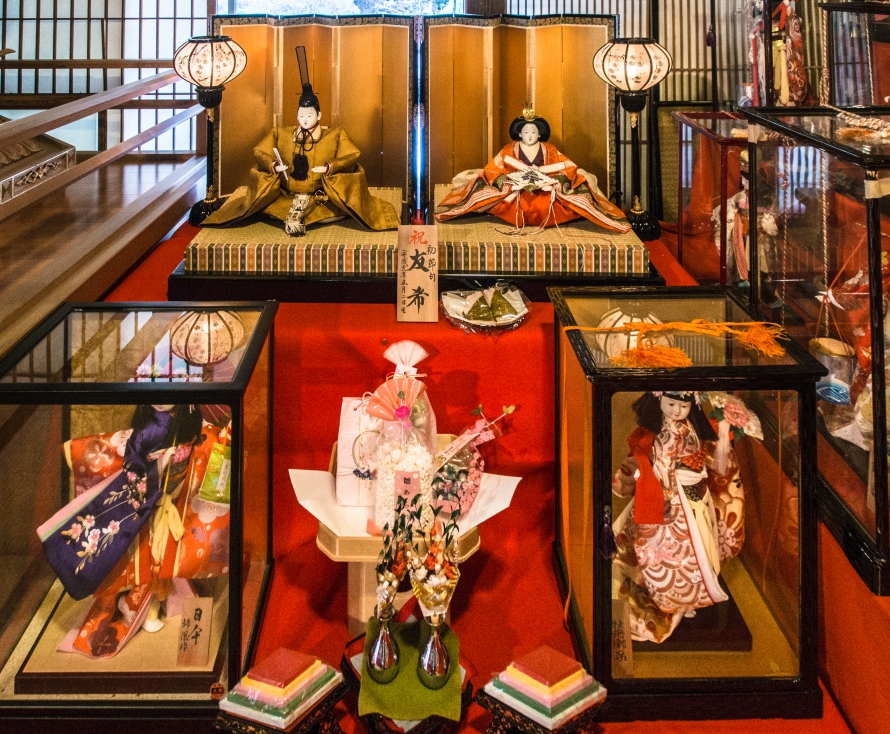 Compared to its illustrious cousins in Gunma ie Kusatsu 草津, Ikaho 伊香保 and Minakami 水上, Shima is considerably less well-known. But I was persuaded when I read this: ‘Shima has managed to keep itself from becoming overdeveloped, preserving a small-town atmosphere’. Small towns are my type of towns.

But Shima was not just small. It was dispersed quite sparsely along the Shima river and split into lower, central and upper towns.

The main attractions were Sekizenkan, said to be one of the inspirations for Aburaya 油屋, the bathhouse in Spirited Away, and the onsens that cure 40,000 ailments (hence the name Shima which means 40,000). I’m not counting the lake and dam at the upper town because that’s out of reach for people who take public transport.

The bridge leading to Sekizenkan 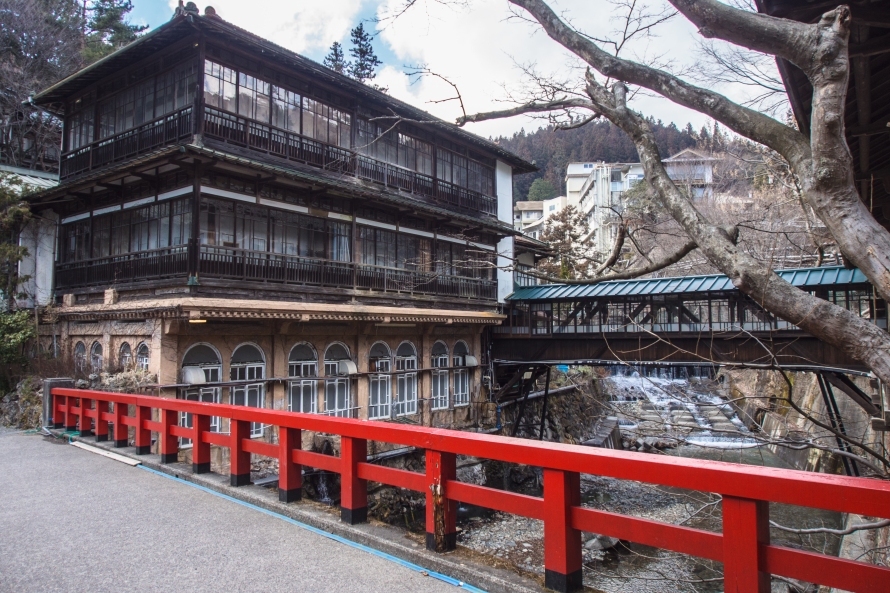 Getting to Shima was relatively straight forward. We took the Limited Express Kusatsu train from Ueno Station to Nakanojo Station (2 hours), then got on the Kanetsu highway bus (timetable here) to Shima Onsen central town (50 mins, 950 yen). The bus terminates in the central town and does not continue on to the upper town.

To properly explore Shima from end to end, it is better to drive.

Along the river, lower town

The pristine waters of Shima

As for the ryokan, it was a throw up between Yamaguchikan, for that hotspring view overlooking the river, or Shima Tamura, perched on a small hill with its own exclusive playground. We dropped Sekizenkan because its baths were roman-styled, not Japanese. We chose Shima Tamura.

Up the slope, Shima Tamura

Shima Tamura has an interesting beginning:

Jingoro-Kiyomasa Tamura the first owner, was a samurai serving Saito Motokuni, the lord of Iwabitsu Castle. during an assault On the castle by Sanada Masayuki, Saito fled to Niigata to seek refuge with his lord Uesugi, escaping via the mountains of Shima. Jingoro-Kiyomasa commanded the rear guard during the escape. After the dust settled, he stayed behind in Shima and started Shima Tamura.

The current main building was built circa 180 years ago by the 10th generation Tamura, Mozaemon. The roof was of a style similar to temples and shrines during that era. Known as the Mukai-Hafu, permitted due to Mozaemon’s elevated position as the guardian of the onsen. Since the patrons of the onsen in those days tend to be samurais, the ceilings were built higher than usual to accommodate their spears and halberds. 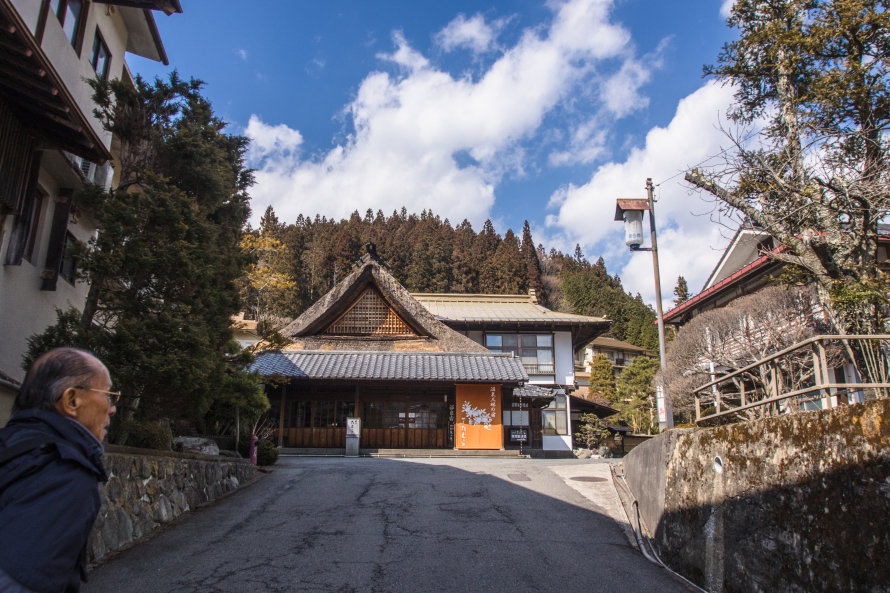 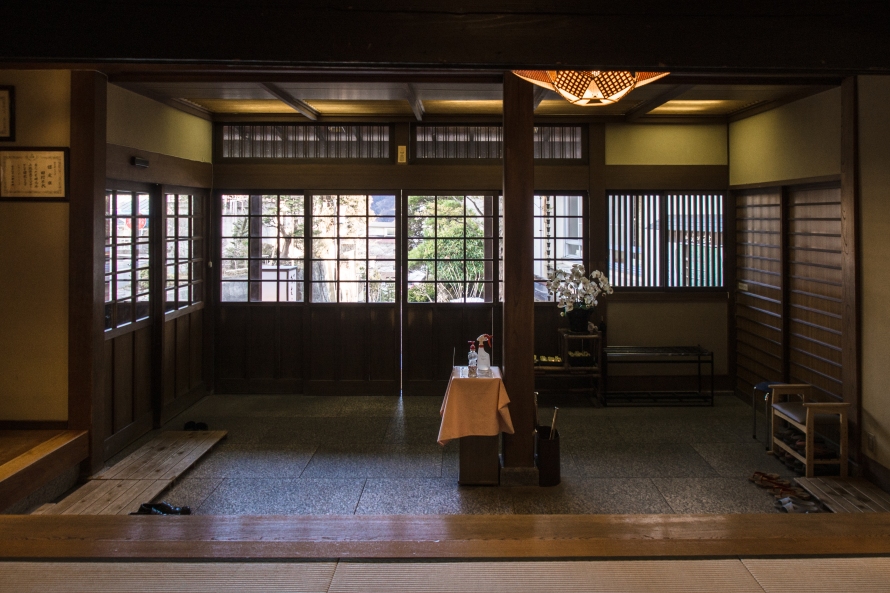 Local Is the Best

It was not yet the weekend so the town was dead quiet. So quiet you wouldn’t know people were working hard inside. We had to peek into the soba shop to make sure it was operating.

We ordered the full sets: soba with kinoki (mushroom) tempura and mushroom soup. The soba had the perfect texture, chewy with a wonderful nutty flavour and the wild mushrooms had a refreshing taste and smell so unlike the supermarket variety. Put together, lunch was simply divine; vegetarian had never tasted so good.

If I may, I’d put the soba at Nakajimaya down as the 3rd attraction of Shima. The other soba shop, the 140 year old Komatsuya, was closed but I’m sure it’d be right up there with Nakajima. 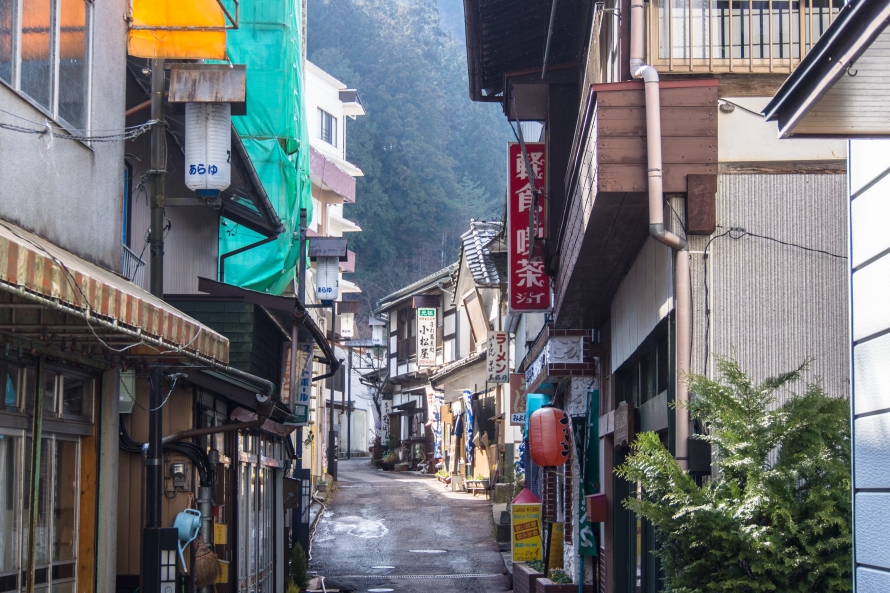 Side alley where you can find shops

Inside the soba shop

Ex-chairman checking out the accolades 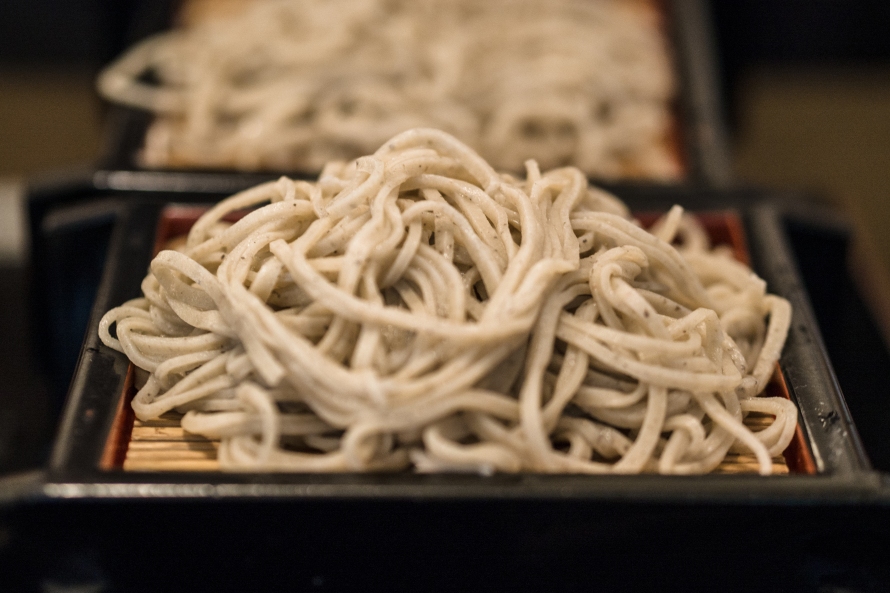 And Now, The Onsens

Tamura was up on a little hill so it was a good way to work up a sweat before easing down into the onsens. There were 6 baths (including 2 outdoor ones) for us to soak till the skins’ all wrinkled and falling off. Our skins were saved from over soaking because we had to get ready for dinner (usually 6pm-630pm).

View from the outdoor bath 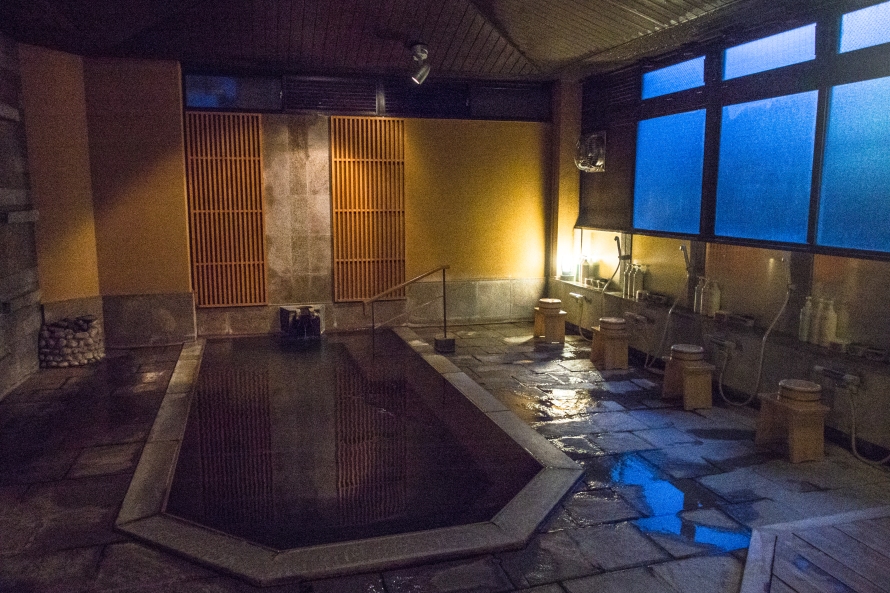 Baths at the other wing

A very romantic indoor one 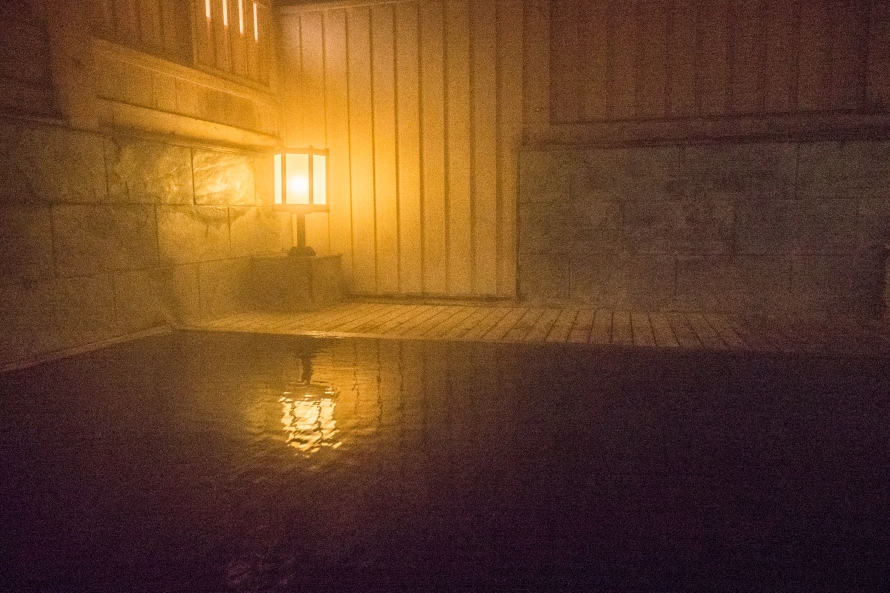 The other outdoor bath

I always look forward to the Kaiseki dinners in ryokans. They never fail to impress, with the excellent quality, the attention to detail, the artistic flair exhibited in every aspect from the selection of the food, the colours, the placement, the bespoke bowls +plates even down to the menu and placemats designs.

Tamura’s dinner was one of the better ones. First night’s dinner included our favourite sukiyaki. corridor leading to the dining suites 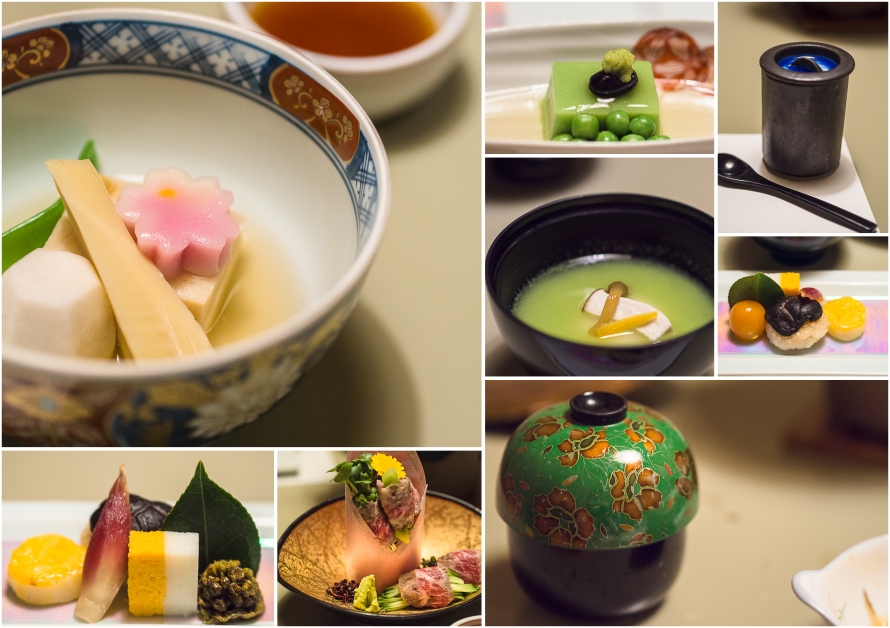 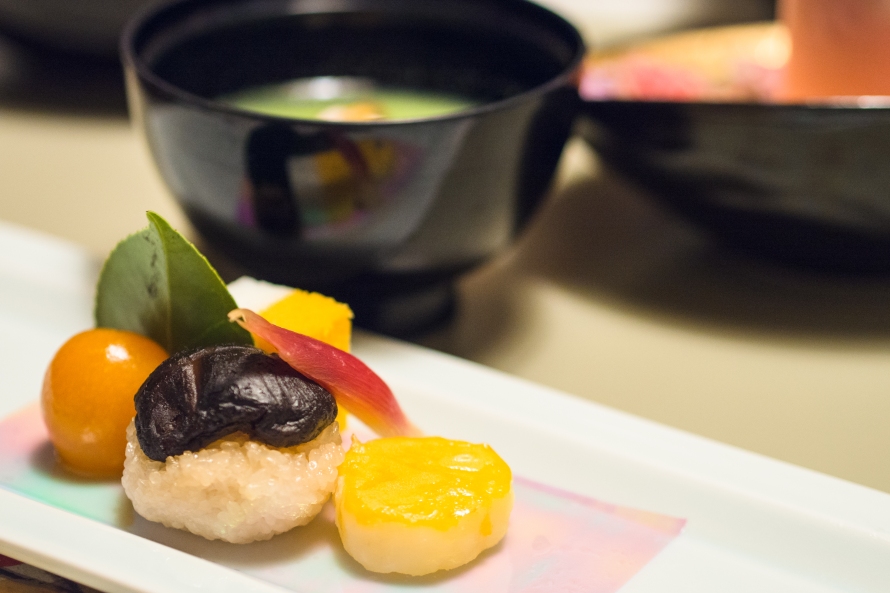 That’s not dessert yet 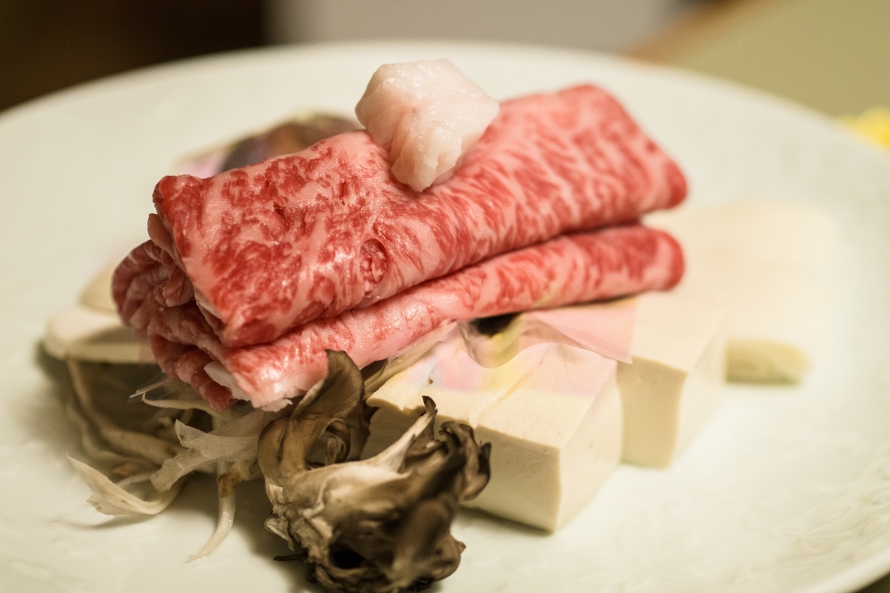 Beef – for the sukiyaki 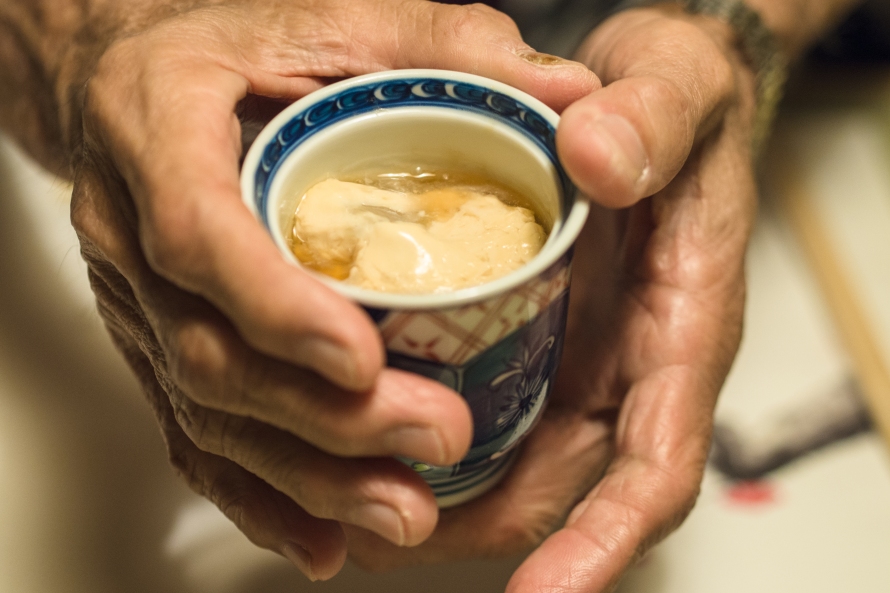 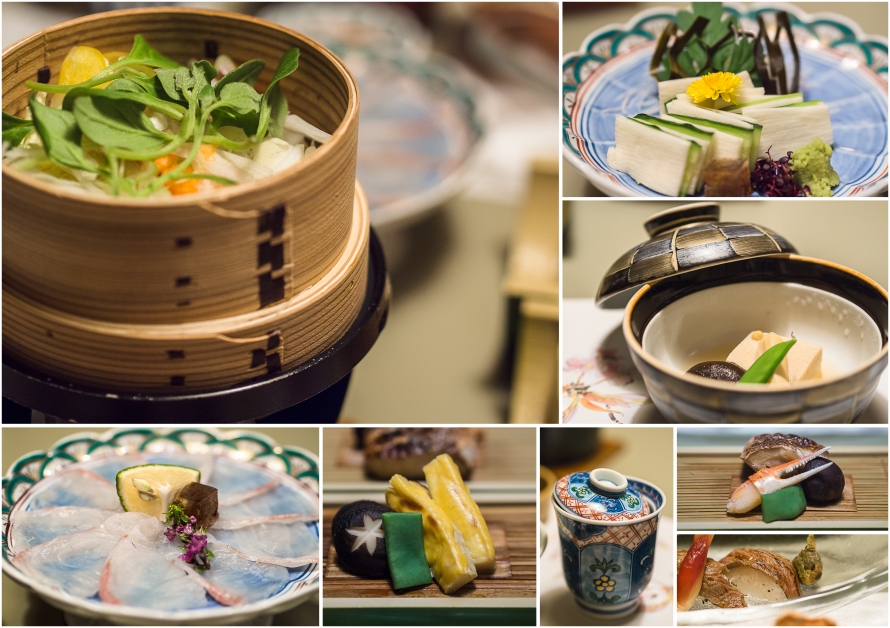 Overall, Shima is good for a 1 night stay. If there’s a car then stay 2 nights and explore the upper town at a relaxed pace. In our case, we needed to find something to do to fill in for day 2 so we went to Kusatsu (took a train + bus, all on the JR Pass). 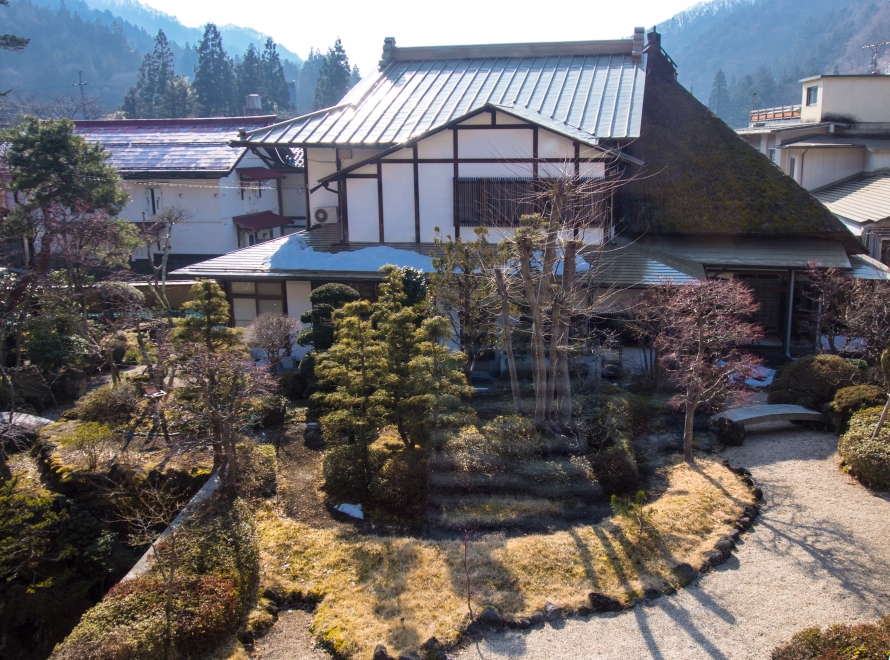 I’m sure the ex-chairman enjoyed himself because Shima was so relaxing. It is a wonderful place for those who need to hole themselves up somewhere to write a novel, ponder over the meaning of life, or simply just to get away from it all.