It was March 2015.  Snow was on the agenda, as was skiing and ice monsters 樹氷 (Juhyo in Japanese). But for that to materialise, we needed good weather. And good weather, we were blessed with. For a while.

Getting to Zao 蔵王 was straightforward. From Tokyo, we took a Shinkansen to Yamagata 山形. Once there, we only had to rendezvous with the hotel (Tsuruya つるや) bus. It was complimentary; I guessed it helped that we had kids in our entourage.

From the station, it’s a 40 minute bus ride to the hotel/centre of Zao Onsen town. A very scenic ride.

Yamagata, also famous for its sake, hence the padi fields 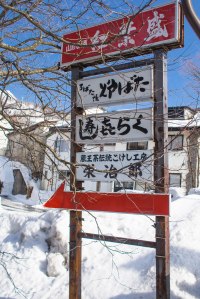 The kids were of course enamoured with the abundance of snow. They walked through the snow as if it were a paved road, rolled on it when they felt like it, pummelled one another with snowballs etc you get the picture. I wish I could roll on the snow too but there was the problem of getting up after that. So, I went for a walk. 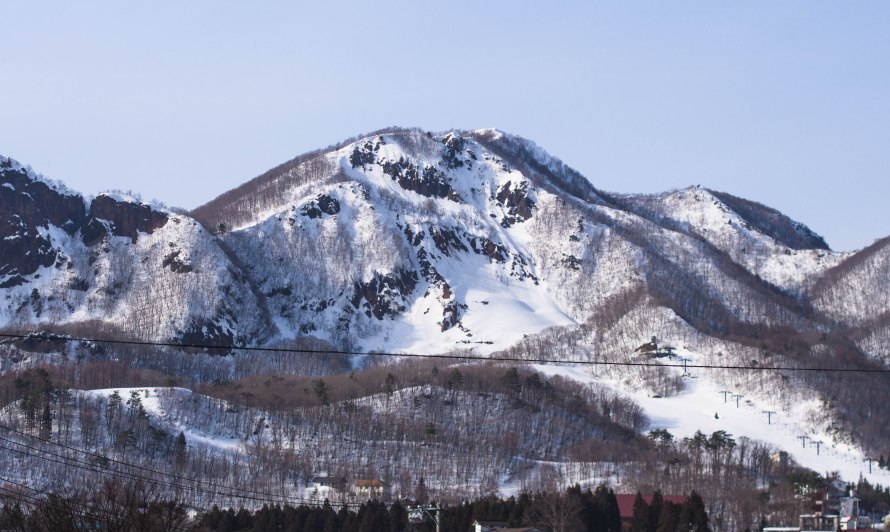 The next morning was bright and sunny, just perfect for ski lessons. Making the arrangements was a breeze as we had our own Japanese-speaking tour leader, the staff were friendly and attentive and they had English-speaking instructors (email: freizeit@aria.ocn.ne.jp). It was very foreigner-friendly. Our instructor – Ms Takako Nakanishi – used to work on an international cruise so her English was excellent.

Needless to say, the children picked up the basic skills much readily than us adults. Since we were all beginners, Takako san decided that there was no need to purchase the ski pass. Instead, she drilled us on the basics at the base of the mountain where the slope was much gentler. The downside was, we had to trudge up the slope on foot. That helped burn up some calories but didn’t save me from looking like a bedraggled wreck afterwards.

First, a dip in the hotspring: onsen view

The mountains in the distance

After we were done with the ski lessons and lunch, it was time for us to go up to the top of Mount Jizo (1661m) to see the snow monsters. Already, the blue skies were giving way to a greyish hue. 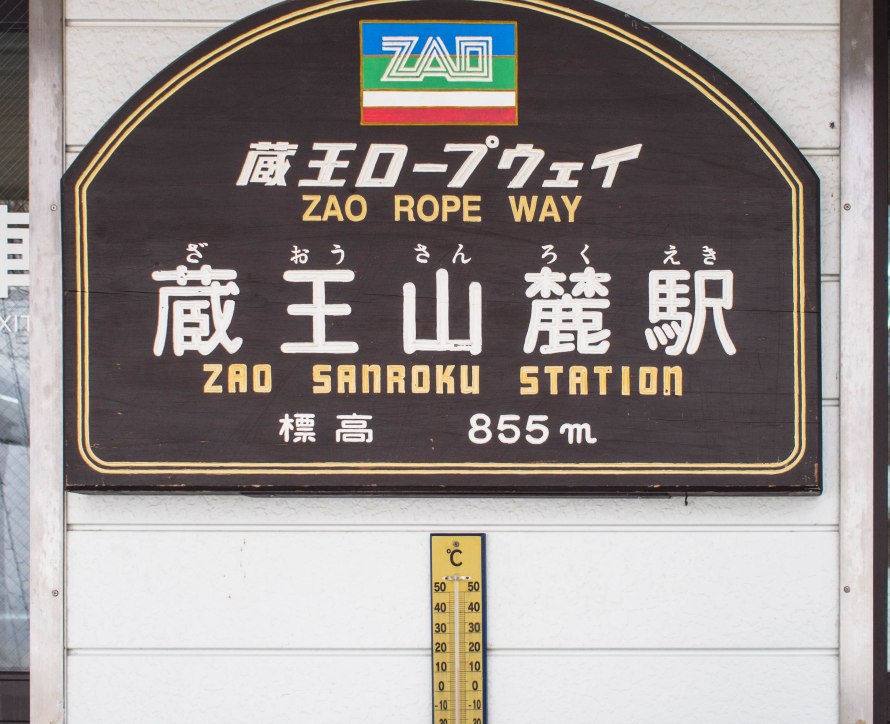 Ropeway station. it was 12 degrees

The ice monsters have an interesting lineage. Ice monsters are created when pine trees get covered in ice and snow. This happens when cold wind from Siberia blows through the Sea of Japan and when the water-laden wind hits the mountains in Zao, the moisture gets deposited on the trees as ice and snow.

The best time to see these ice monsters is from end December to early Mmarch. 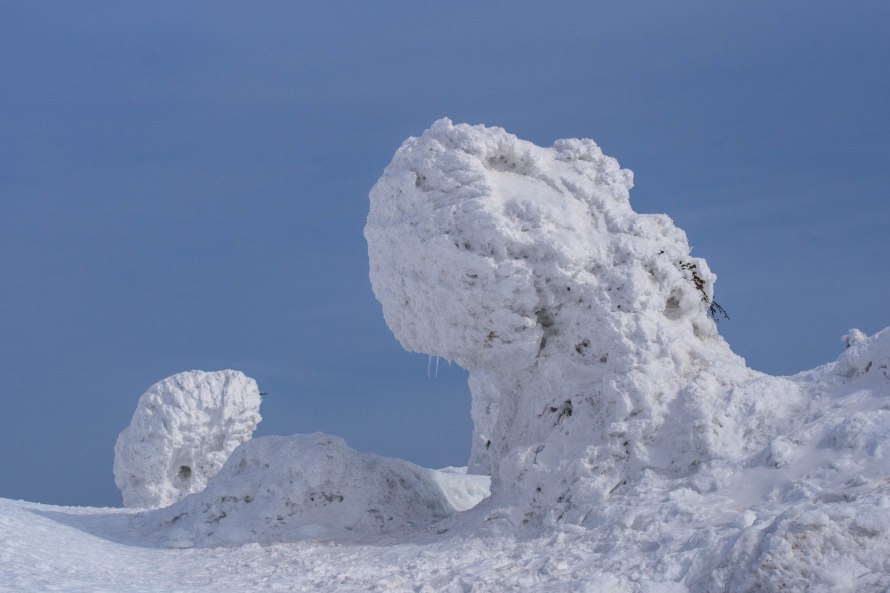 The first monster wasn’t much to look at 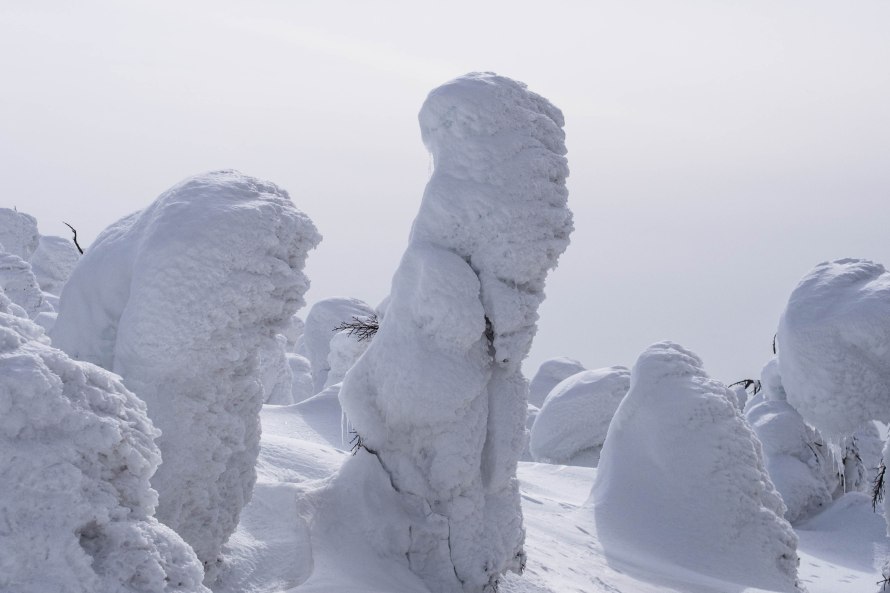 The ice monsters certainly lived up to its namesake though I was initially a little bit disappointed when we walked out from the ropeway station and saw a mass of smaller ones. To get to the big ones, we followed the skiers towards the ski course for about 100m. And there they were, on the left.

If you tire from playing hide-and-seek with the monsters, you can pause to admire the skiers and snowboarders who looked cool with just their bright, colourful garb. And the way they whizzed down the 10km ski course fearlessly, as if without a care in the world. By the end of the ski course, they would have reached the base of the mountain where we had recently struggled with the rudiments of staying upright on our skis. 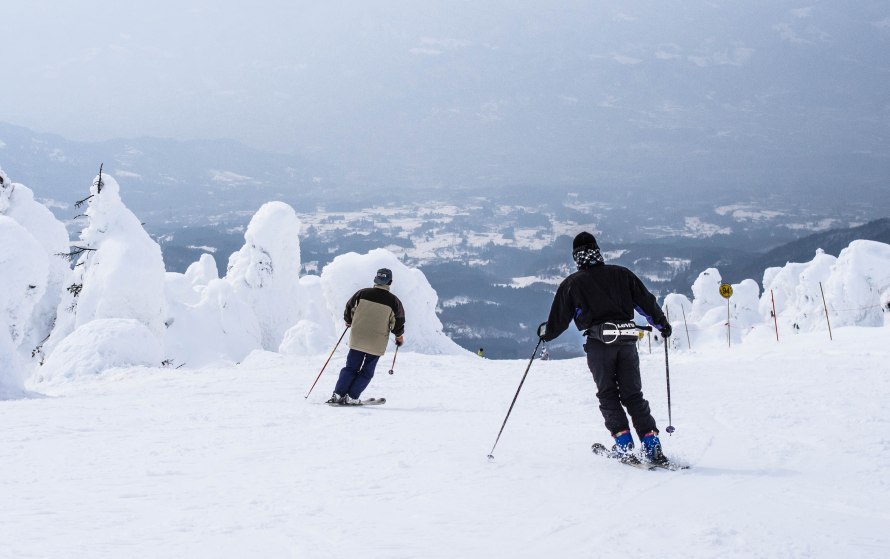 Nothing could stop these thrill-seekers

In the embrace of the monsters

Monsters looking down towards the town

Seen from the ropeway on way down: snow field 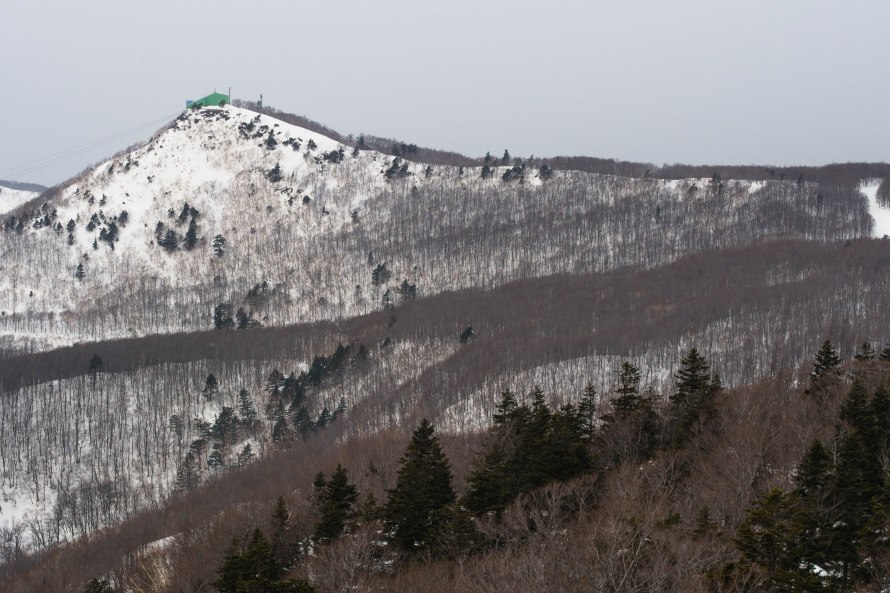 Of course, at Yamagata, we could not, not try its award-winning sake (on the right) – the Ginrei Gassan Honzojo  by the Gassan Sake Brewery. Oh, the other one was good too.

Back in town, while strolling around, we noticed mist rising from the rivers. It seemed the river took part of its source from the hotsprings too; when the hot water met the cold air, mist and a hissing sound ensued. This gave the town a slightly mysterious edge. Not only that, the hotspring waters of Zao is one of the most sulphuric in Japan (ph 1) and supposed to be good for the skin. The downside of this was the sulphur smell: that clung to my body and clothes for days after.

The next day, we woke up to rain. the mist became more noticeable then, seeming to envelope the whole town. Glad that we were shipping out and back to Ttokyo because it was becoming too cold. 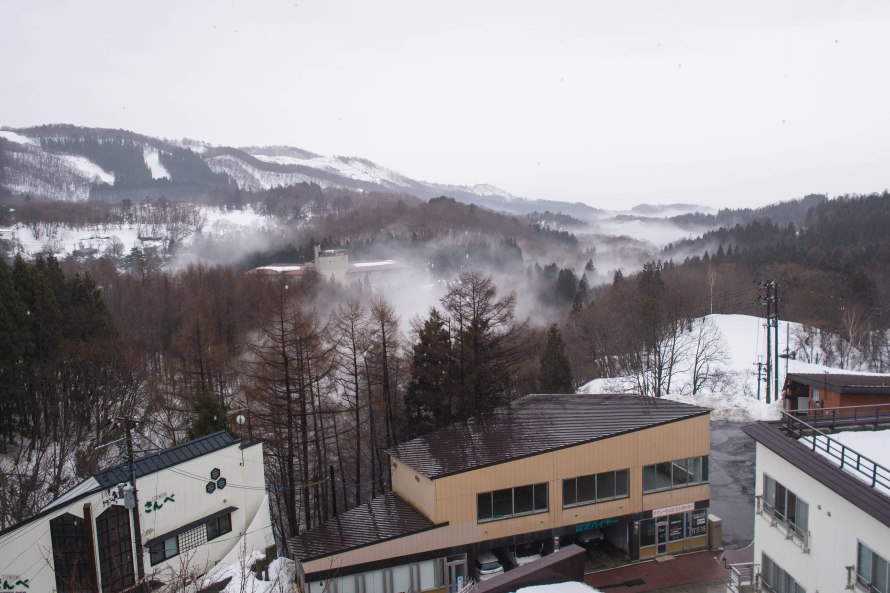 Seen from the room: mist rising