the typhoon wrecked all my plans. maybe it was fate.

i saw it coming but i didn’t expect it to come all the way to hokkaido. days earlier, we watched on tv how it battered kyushu and brought massive rain to the southern regions. but hokkaido was bright and sunny, that day. especially that day.

so we boarded the train that’s headed to furano for the connections that would bring us to kawayu onsen 川湯温泉. i could have gone back to asahikawa 旭川and gone via the northern railway route. but i didn’t want to repeat any journey. taking the southern route would have enabled us to pass by the marshlands at kushiro 釧路湿原; we could stop and play if time permitted.

we got to furano alright and then everything came to a standstill. station staff were already waiting with notices and signs and chains. chains? apparently there was standing instruction to halt all the southern rail trains as a precaution against the typhoon. i ran through all the options in my head: a) go back to bibaushi, b) stay the night at furano, c) stay somewhere in between furano and kawayu onsen, maybe asahikawa, d) try to get to kawayu onsen no matter what.

but firstly, we had to notify our hotel @ kawayu onsen – kawayu daiichi hotel suikazura. and we had 2 persons to thank: the furano station master and the taiwanese young man who had just arrived days ago to work as an interpreter. between the 2 of them, they helped us call the hotel to inform of our predicament, helped us researched the best alternate route to kawayu onsen, got all our tickets ready etc. i was exceedingly grateful.

in the end, we still had to go back to asahikawa. and from there, transferred to a train for kawayu onsen. but we didn’t terminate our journey at kawayu onsen for during the train journey, the hotel staff got in touch with us and offered to pick us up from bihoro station for a small fee. we accepted immediately. it’s amazing how we managed to pull that off within such a short time because the journey from the hotel to bihiro station took at least an 1 hour, through a mist-covered mountain no less. which meant the staff had to jump on the car almost immediately. and yes, he was right there waiting for us, impeccably dressed, not a hair out of place, radiating zen-like calm. we were impressed. and relieved.

driving through the mist 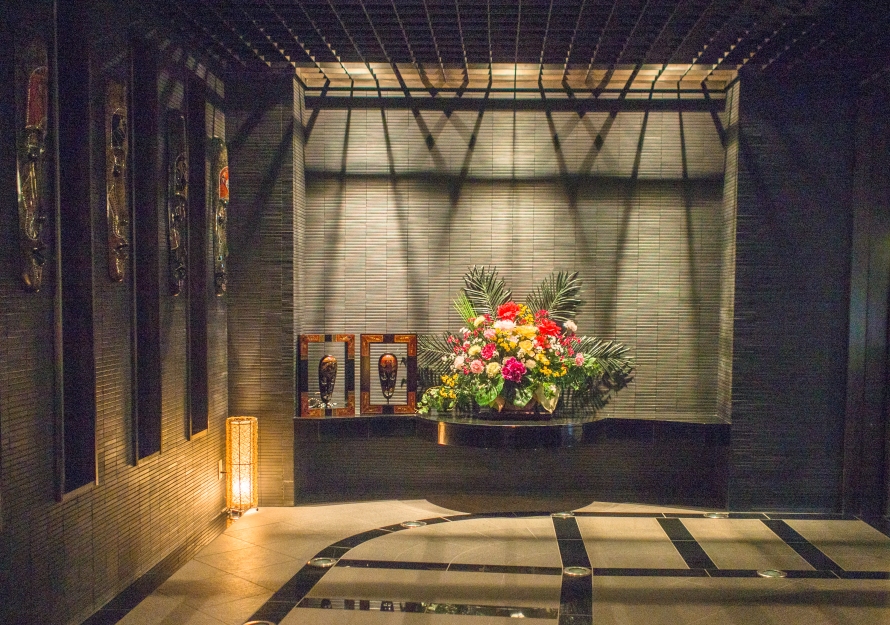 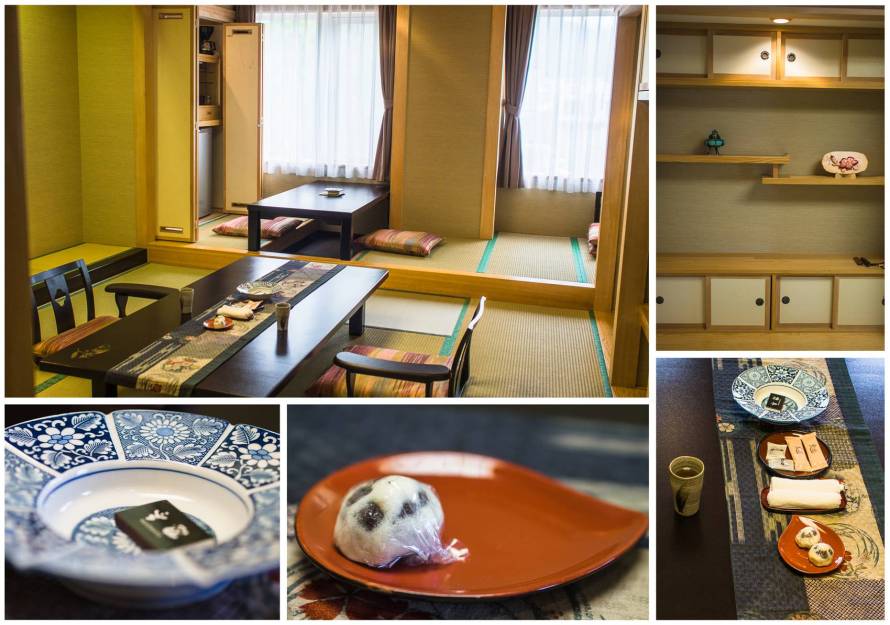 we were famished so we were eager for dinner and it didn’t disappoint. the tables were laid out in our room and then what followed was an endless parade of exquisite-looking dishes. by the end of it, our stomachs were protesting. the only downside was us having leg cramps throughout. there’s no getting used to japanese-style dinning. 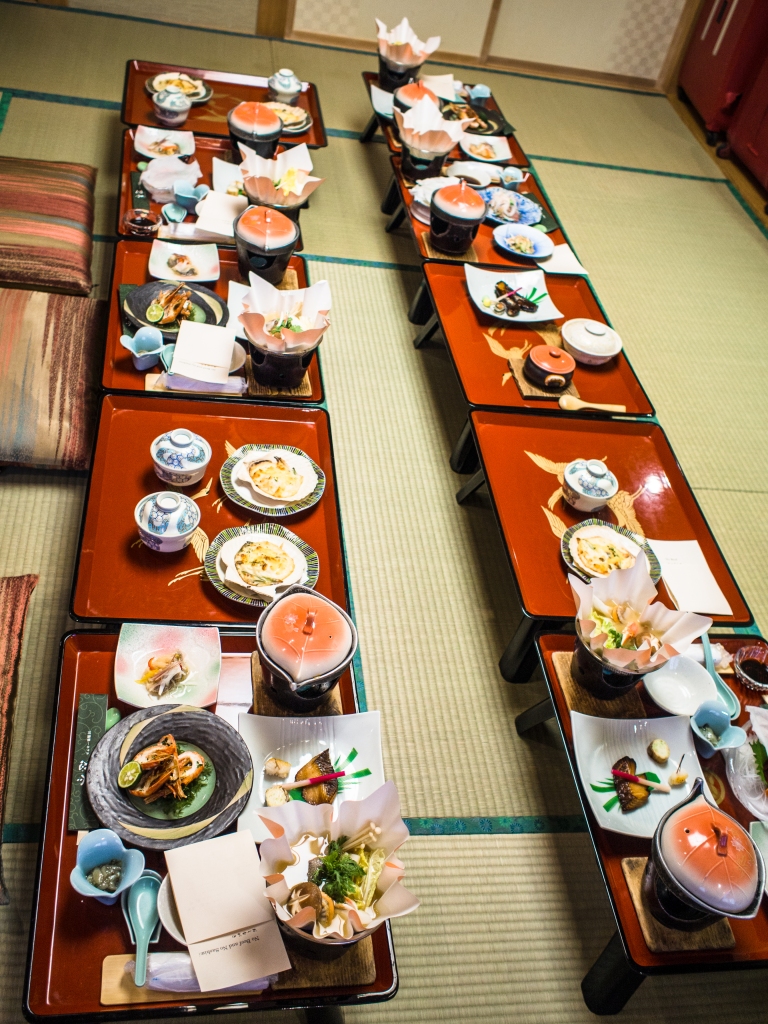 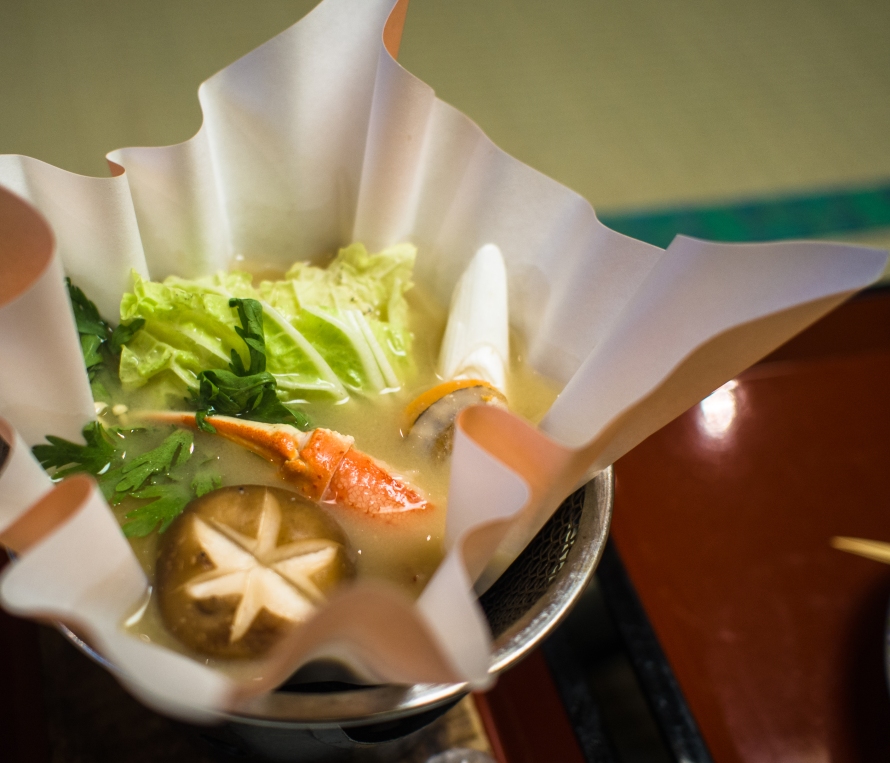 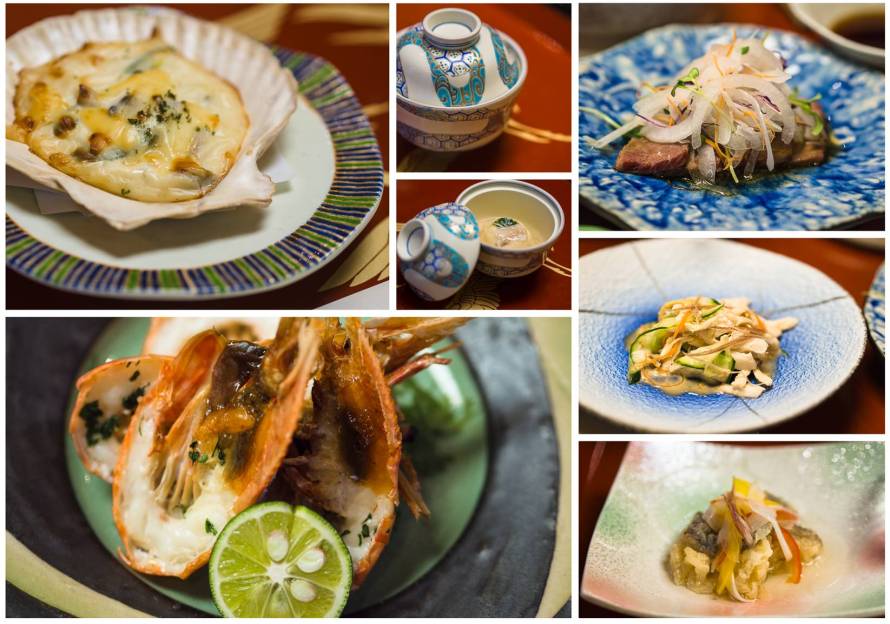 i’d known that getting around the lake district wasn’t very convenient if we use the public transport system. since we had had enough excitement the previous day, we took the hotel’s suggestion to book a private taxi tour for 33,000 yen which was quite reasonable for a group of 6. In fact, the taxi could take up to 10 people. so i’d recommend this to those who don’t intend to drive.

the scenery on the road was fantastic. unfortunately, the weather at the top was cloudy so we couldn’t see a thing. the driver told us that if the sky had been clear, tsubetsu pass would yield the most breath-taking view. i could only imagine that.

more green along the way 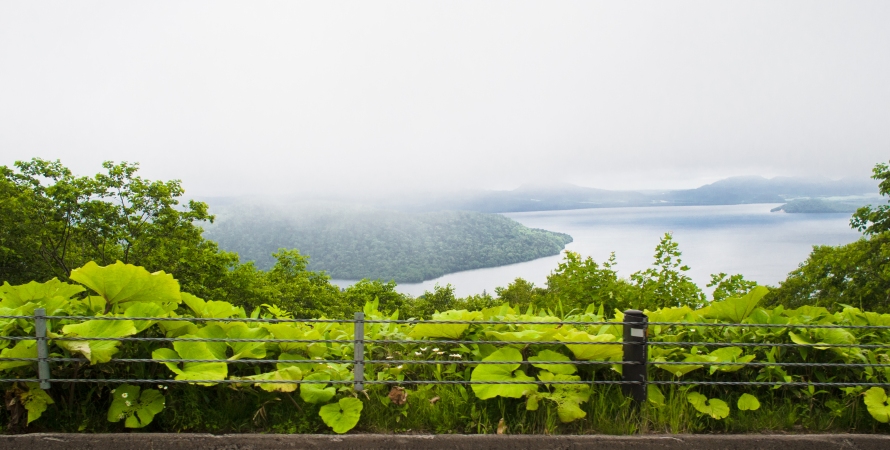 view on the way up 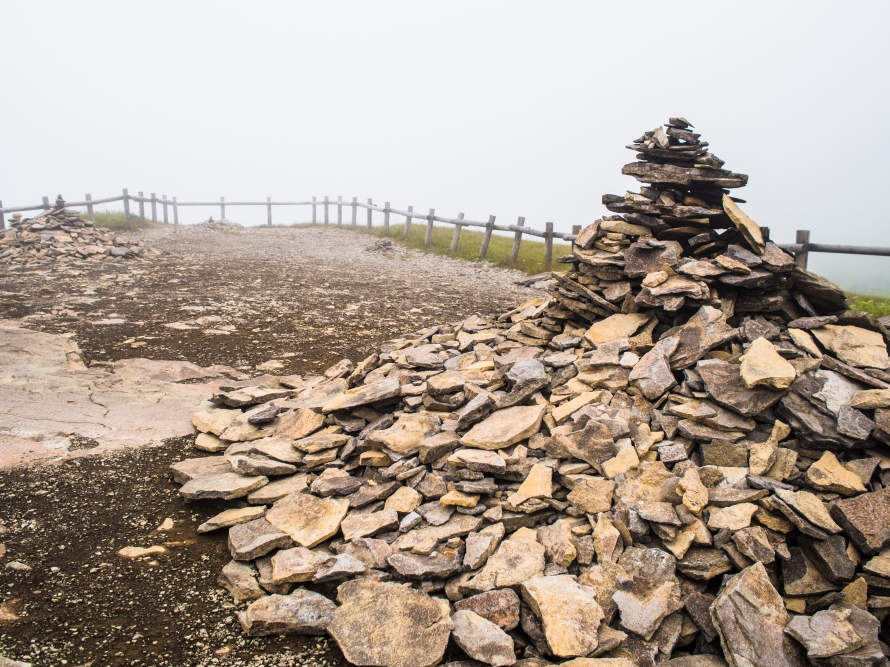 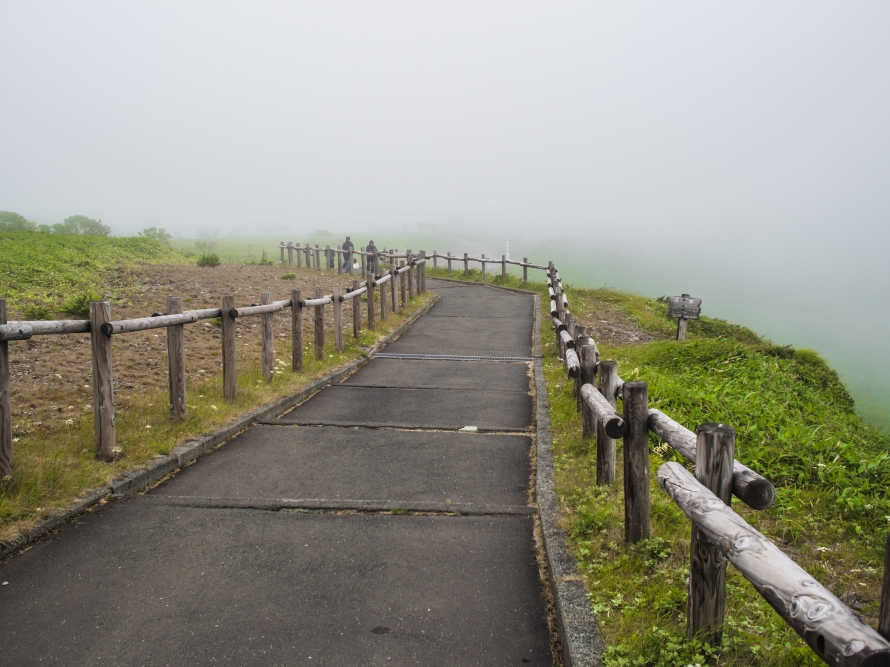 the fog was bad

on the way to tsubetsu pass

below the fog line, the weather was perfect

path to the lake

on the way down

on the way to the observatory

we stopped by the tawadaira observatory platform next. i hadn’t heard about it (and couldn’t find any english guide afterwards) so we had the driver to thank, for we would have missed this beautiful observatory-in-a-farm completely. it was huge so we took a longer time to fully explore the place: going up to the observatory platform for the panoramic view, walking in the fields and watching the cattle graze. the only downside was the heat because it was near noon then.

these stairs are meant for walking

a shed for respite from the heat

this road leads to …?

lake mashu (observation deck 1) was much more touristy – of course. actually, there weren’t much to do or see after we had taken our fill of the blue of the lake which didn’t take very long. it was also not an ideal place to loiter because you would get swept away by the incessant busloads of tourists. this would be followed by some pesky elbowing with fellow tourists for good vantage points to take photos and then more jostling in the souvenir shops for omiyage.

observation deck 3 was saner – less tourists since there was no amenity nearby so mostly those who drove would stop by. which made it perfect for a slower-paced exploration. from observation deck 3, we could see the fumes rising from mt io in the distance. 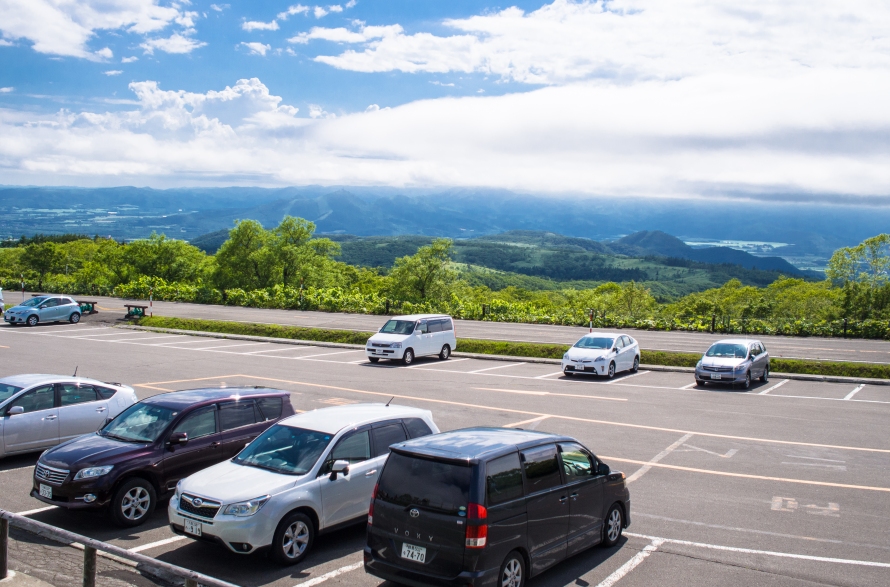 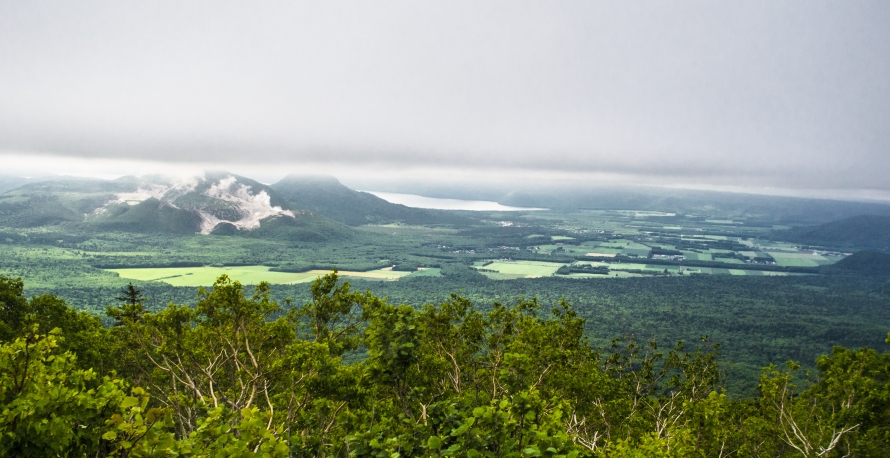 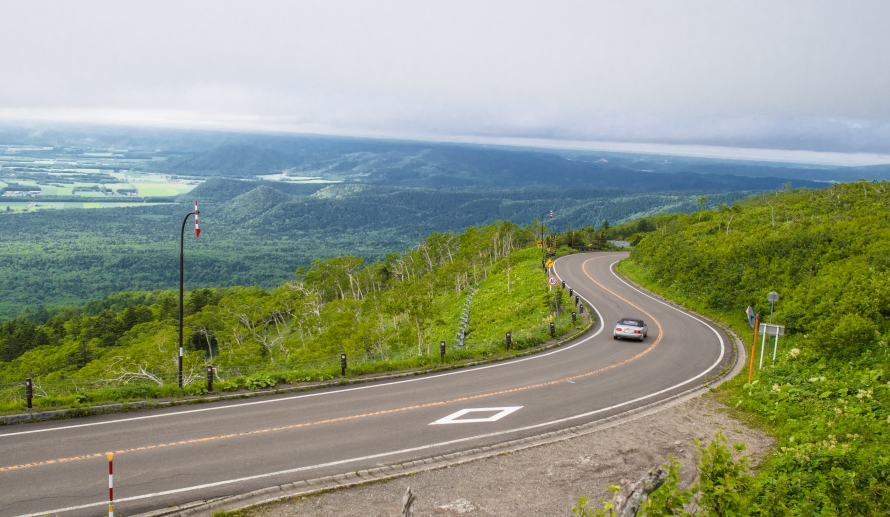 take this road to mt io

mt io was only 3km from our hotel, so the driver made it our last stop. and what a dramatic last stop. it had looked quite far from lake mashu but didn’t take us a while to get there. it was the first time we could come so up close and personal to the fissures spewing sulphur and gas so vigorously. 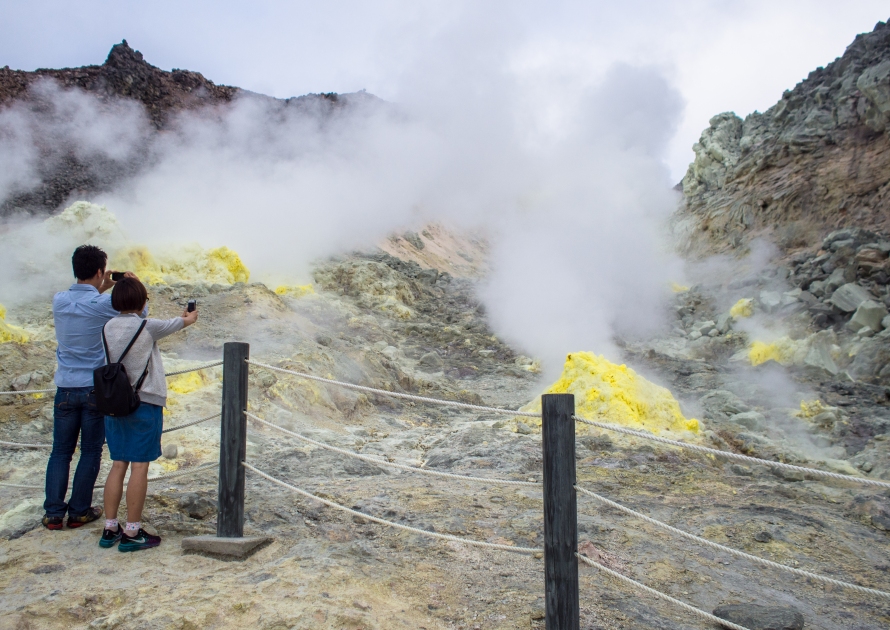 the closest i could ever get to the sulphur

and no, thankfully, all that sulphur didn’t affect our appetite. when dinner was announced, we were all ready.

day 2 dinner – part of the spread

and that’s how we enjoyed the lake district before we head to the shiretoko peninsula.